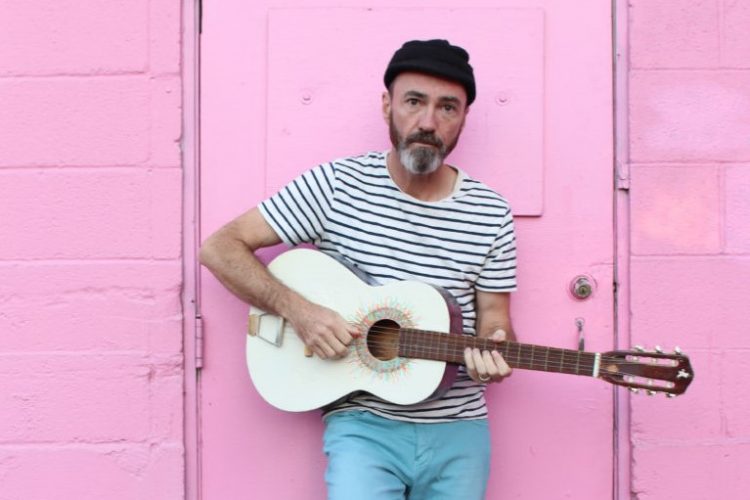 “One more song off this album and then we’ll do some other stuff,” guitarist/vocalist of The Shins James Mercer said toward the end of playing Oh, Inverted World in its entirety at nearly sold-out Roadrunner in Boston, Mass. on Saturday night. It’s a 21st birthday tour for the critically acclaimed debut album. The album was remastered and reissued last year. Interestingly, Boston was the 20th stop on the 32 city tour.

Mercer formed the Shins in 1996 and there’s been a rotating line-up since. Dressed in white, the band showcased cohesion and unity. Keyboardist and multi-instrumentalist Patti King, dancing around in an oversized white button down shirt, added immense energy. Bassist Yuuki Matthews, who looks like a young John Stamos, grooved out. Portland trio Joseph, who opened the show, added lovely harmonizing vocals on several songs.

It’s a treat when bands perform full albums like this and it’s probably a lot of fun for them too, particularly with an album that came out two decades ago. The Shins remained focused and determined in playing the lo-fi, mellow Oh, Inverted World front to back. Not much chit-chat from Mercer. The band encouraged audience participation from waving arms to clapping to sing-alongs.

The album’s breakout hit “New Slang” sounded gentler, slower, quieter than on the album. My favorites were the rocking “Girl on the Wing,” “Your Algebra” with its heavenly vibe and Baroque elements, as well as the dreamy, nostalgic “The Past and Pending.” Two young women in front of me animatedly danced throughout the entire set.

The Shins proceeded to play another nine songs: four from Wincing the Night Away (2007), three from Chutes Too Narrow (2003), one from Port of Morrow (2012) and one from Heartworms (2017). The crowd erupted in cheers when Mercer started singing “Phantom Limb.” I was almost knocked over by a group of kids running into the pit during “Simple Song.” It sounded fantastic and it’s particularly poignant during a pandemic with its chorus: “I know things can really get rough when you go it alone/ Don’t go thinking you gotta be tough, to play like a stone.”