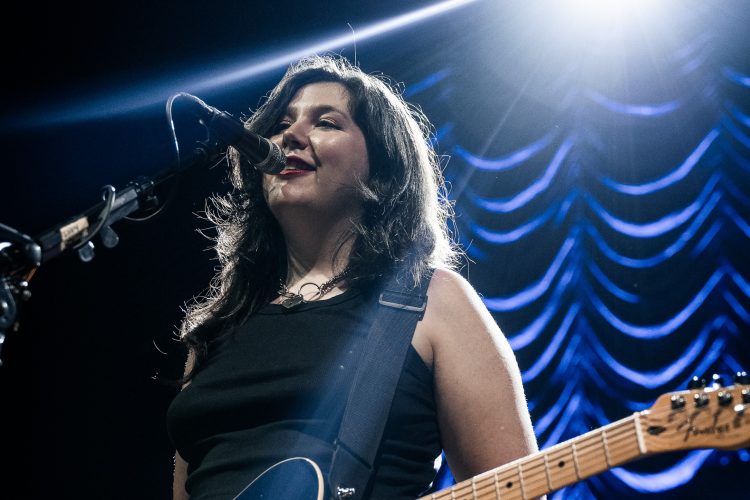 Editor’s note: We last caught up with Lucy Dacus in October, a few months after the release of her fifth studio album, Home Video. Since then she’s been on a world tour that’s taken her to Europe, Australia, and more. Most recently she found herself back in the US for the next leg of tour highlighted by appearances at Pitchfork Music Festival and Newport Folk Festival. She also released a brand new single “Kissing Lessons” in February. Her appearance this past week at Newport was followed by a headline show in Providence before she left Rhode Island where she was supported by another artist we saw recently, the talented Samia. Check out photos from the show below, courtesy of Patrick Moran.