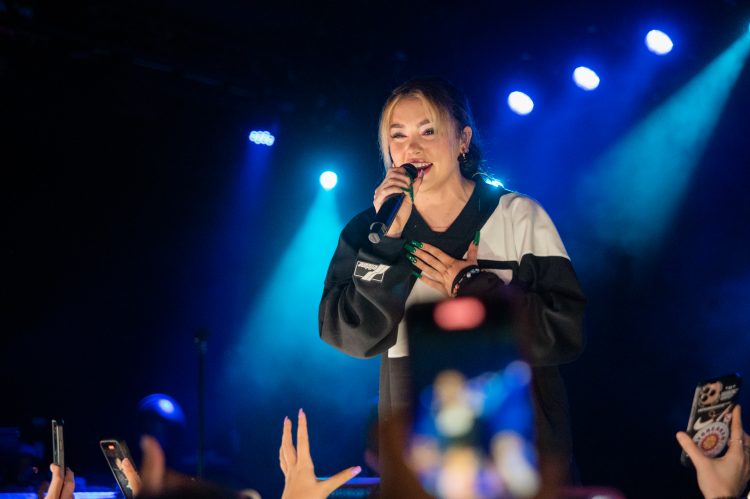 In a set clocking in at a swift but sweet forty-five minutes, Nanaimo, BC’s Lauren Spencer-Smith mesmerized an audience at The Sinclair in Cambridge last night. A performance fans got a hint of from her VMA’s debut just a few nights before. The fans chanted her name several times in the set change before her set. Smith nailed that important first headlining run, taking each cell phone for a selfie, slipping on several handmade bracelets, and even wearing a pair of sunglasses that a fan had tossed up on stage. Even commenting after a fan through her cell phone on stage, “Was that your phone? Girly pop!”

It was a night started by fellow crowd favorite Geena Fontanella, whose set shimmered and shined over the incredibly receptive crowd. Fontanella quipped, “Who came here to cry tonight?” while a girl waiting in line at the bar immediately ran into the crowd. Continued Fontanella, “I already saw some mascara running down some cheeks on the way in.” While the act seemed electronically based to start, Fontanella hit her stride midway through the set with “Cry For The Both Of Us.” And from then on, with a guitar in hand, the crowd’s flirtation became full-on enamored with Fontanella’s relatable tunes and humorous interaction. Then, with the empowering “Don’t Want U Back,” followed by a perfectly placed “Good 4 U” Olivia Rodrigo cover, Fontanella was an ideal opener for what was to come only about twenty minutes later.

The brief twenty-minute set change included multiple chants of Lauren’s name and freaking out over anyone that walked on the stage. Thus, the sound of Spencer-Smith yelling, “What’s up, Boston?” literally set the room on high alarm. Clad in an oversized sweater, stripy lounge pants, and a low-key ponytail, Spencer-Smith dazzled the crowd throughout her set from the very top with the first song of the night, “Fantasy.” Her voice is huge, and accompanied by her band mates, the mood was set for the night. However, it became clear early on in the set by the sign of “Flowers,” being just the third song of the night, that it was going to be a swift but sweet set. Considering the limited catalog Spencer-Smith has so far, even though the crowd would have loved it, it would have seemed a little redundant if she stretched it out to the typical 90 minutes or so.

Spencer-Smith, throughout the set, slipped in some sweet moments with fans, be it questioning the app BReal, creating one with a fan but also saying, “We all just happen to be at Lauren Spencer-Smith with our BReals on,” but still definitely did a re-do by her call on the filmed one she did do. Early on, she also talked about how a girl who runs a fan account was at the show, and when she spotted her up front, she shrieked and sprinted over to her in glee. Her genuine compassion and love is seen in how she engaged with her fans and vulnerable vocals; it’s clear there isn’t anything fake about her performance and self. Her mom and dad were in attendance, cheering her on from the crowd, and I’m sure at least one family member, if not all, were present in the three boys holding down the merch fort.

Continuing her set, she also slipped in an Olivia Rodrigo cover, similar to her opener, of “All I Want”. As well as huge crowd-pleasers like “Narcissistic” and “Perfect.” She glided through her performance like a true veteran. The fact that she is just 18, the career that is sure to follow is imminent. She blended her songs into a set ending flawlessly with an encore of “Fingers Crossed.” Last night’s show was one with minimal production, just the music and a beautiful connection with her audience. It’s something Lauren and that room of music lovers are sure to remember for a very long time. Over the years, I’ve been present in that first Boston show for acts like The 1975 and Khalid, and Lauren Spencer-Smith is the latest to add to a list of acts that are sure to go on to play massive rooms. That performance in the room last night, though, for fans and Lauren, will sure to be the one that stays in their hearts the most.

Photos: Lauren Spencer Smith at The Sinclair in Cambridge, MA on September 1st, 2022: 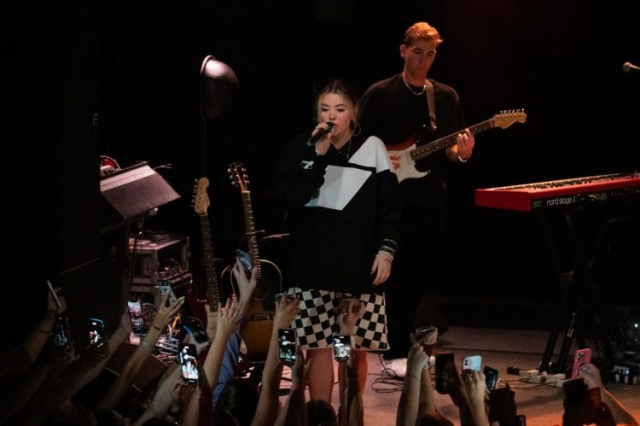 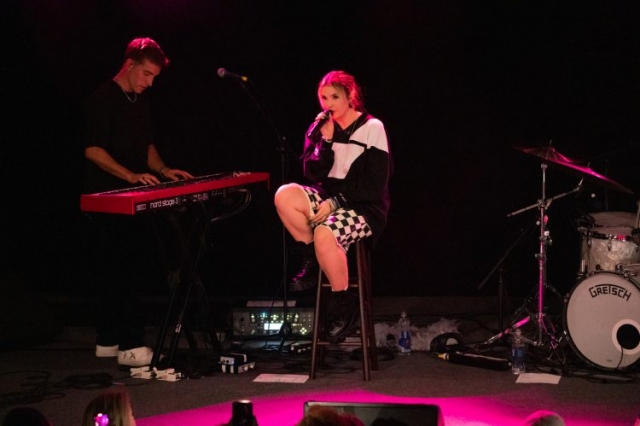 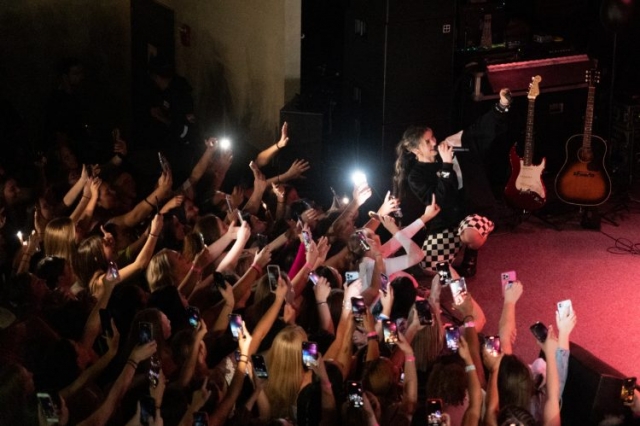 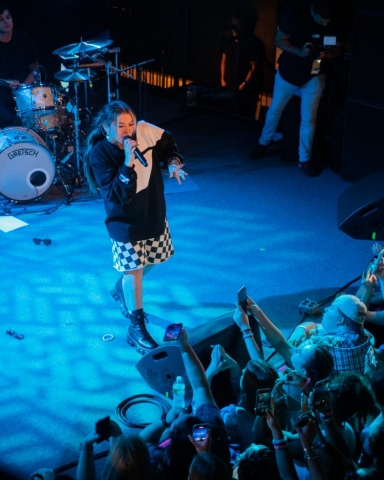 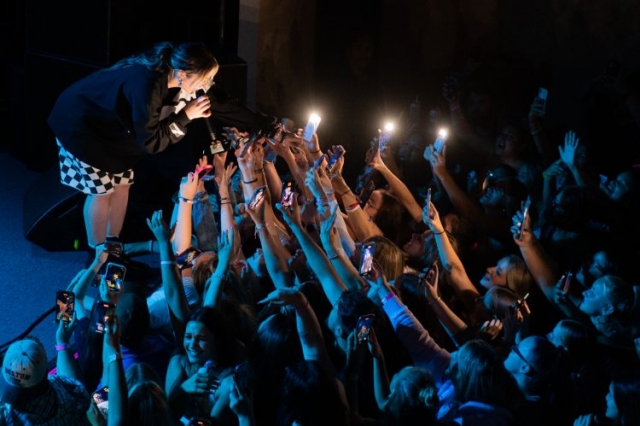 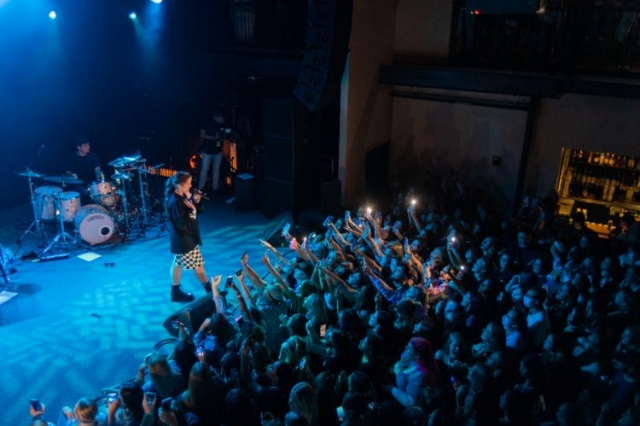 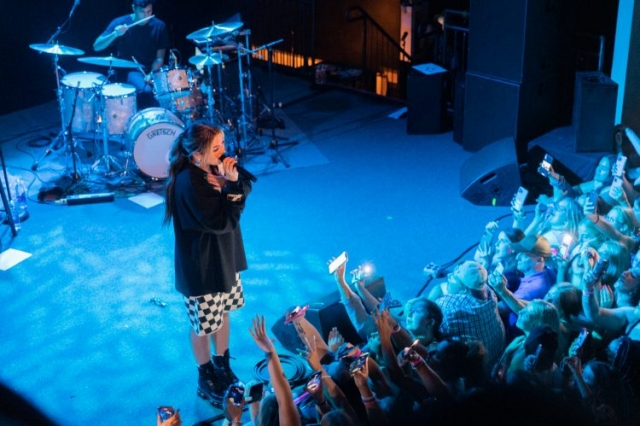 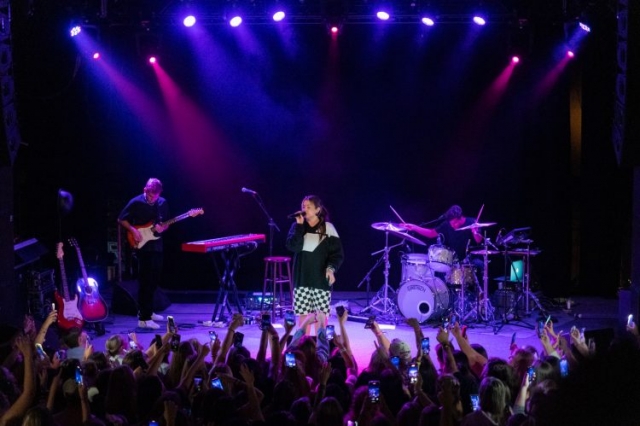 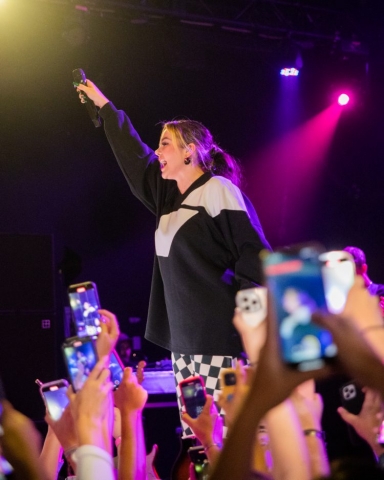 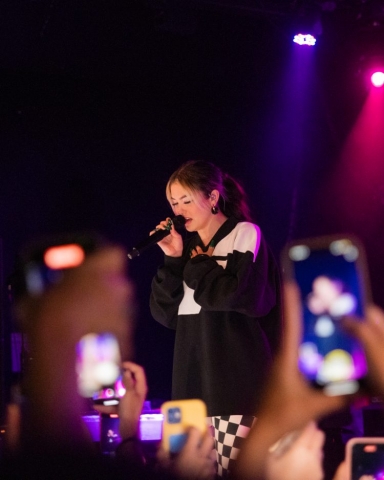 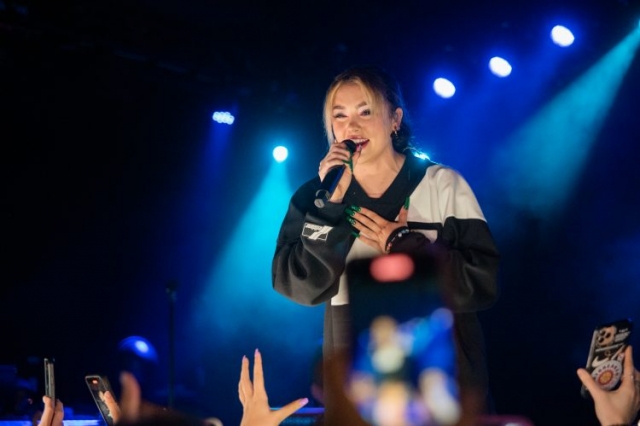 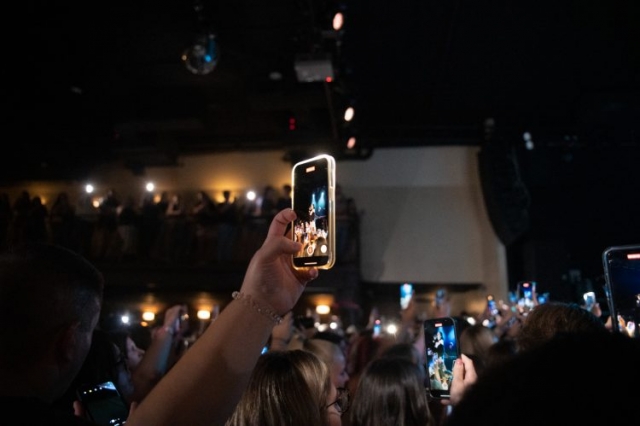 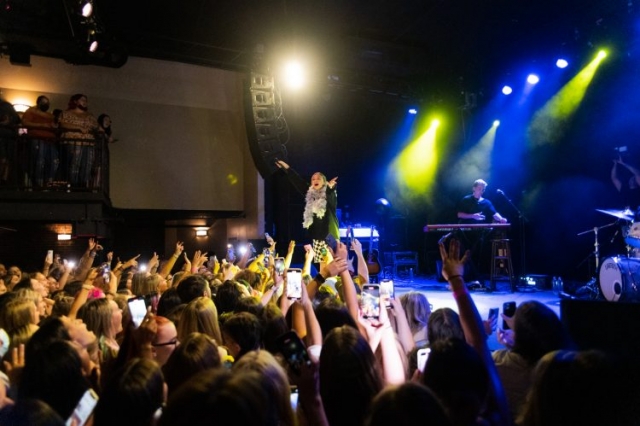 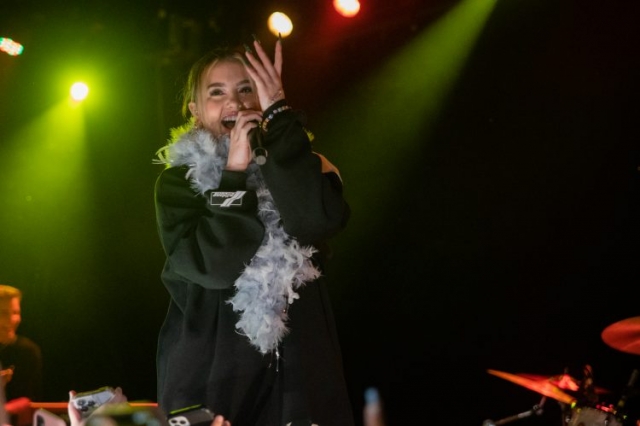 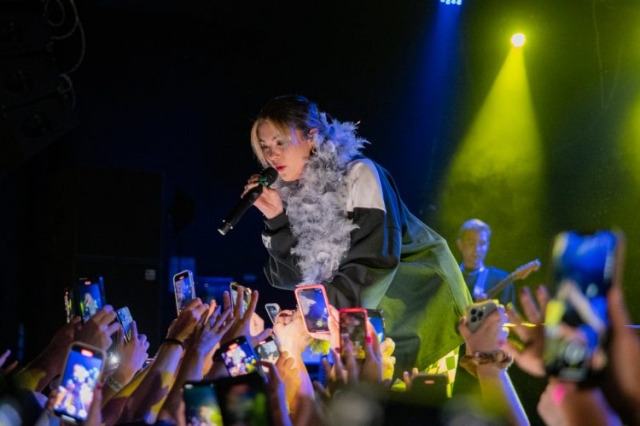 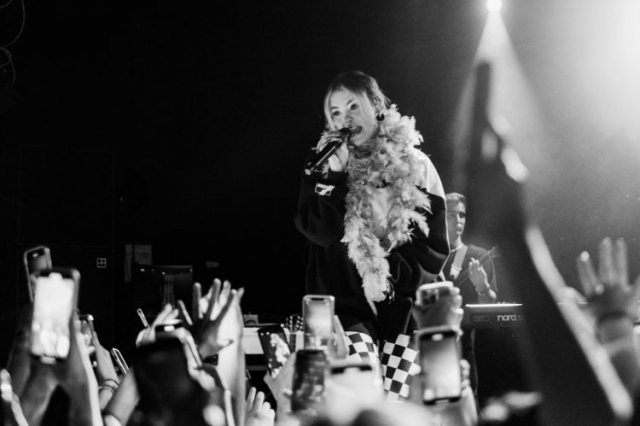 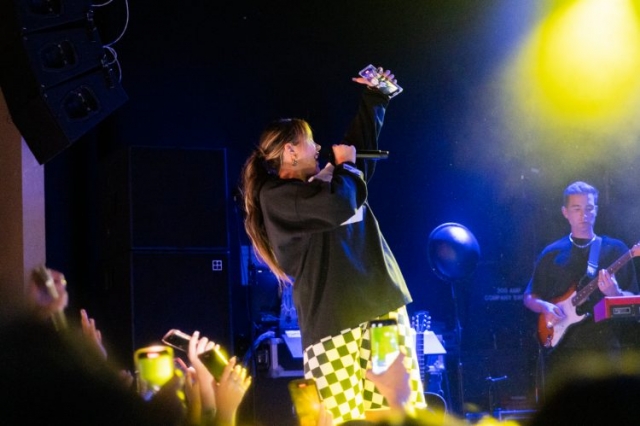 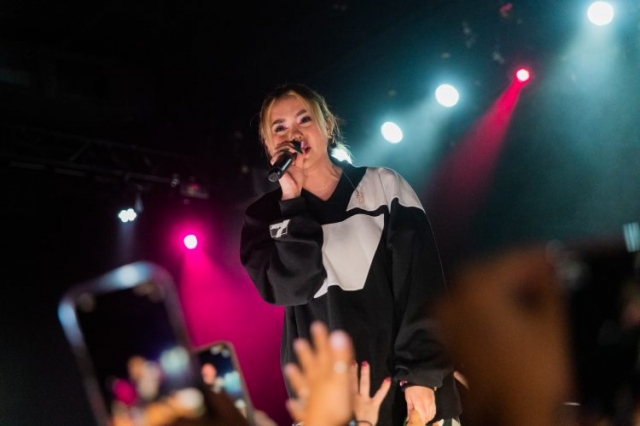 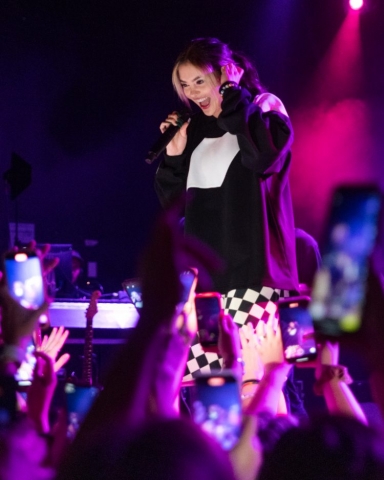 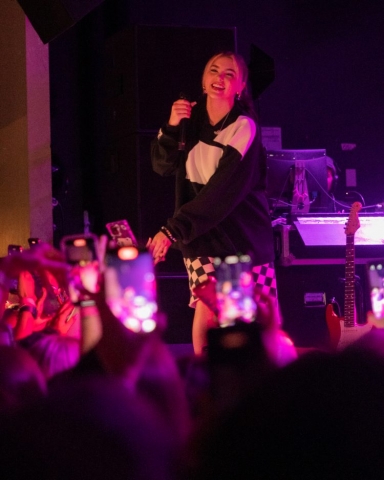 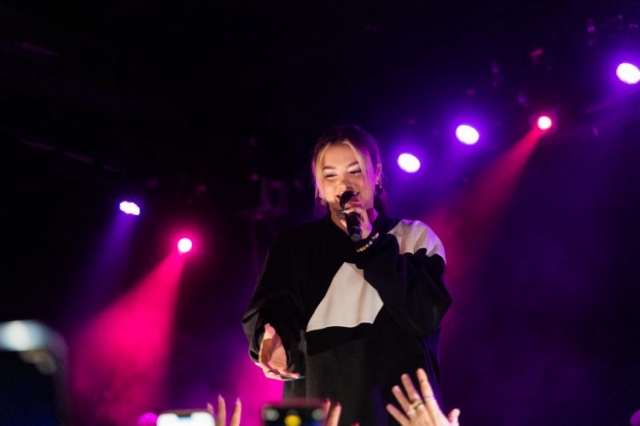 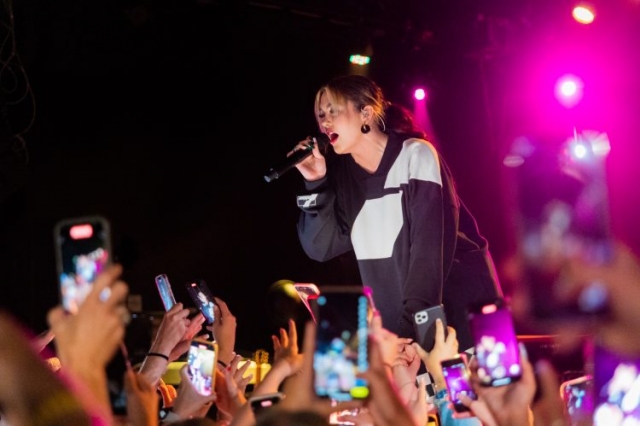