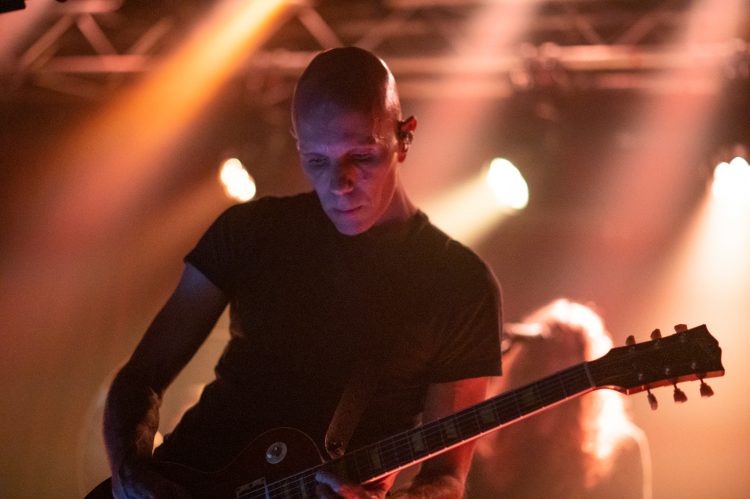 A Perfect Circle guitarist Billy Howerdel released his sophomore solo album What Normal Was earlier this year. The previous album, Keep Telling Myself It’s Alright, came under the moniker Ashes Divide in 2008. Howerdel began writing songs upon A Perfect Circle’s reunion in 2010 and presented songs to frontman Maynard James Keenan. The songs that Keenan liked would go on become APC songs, while Howerdel worked on the remaining songs for his solo record. He slowly developed the songs for his solo album over the next 10 years working on them intermittently between APC tours and writing/recording sessions. After delaying the album’s release twice during the pandemic, it was finally released this year. Since then Howerdel has embarked on a headline solo tour in support of it. In early July he was in Boston along with goth rock band VOWWS for a post-July 4th show. Check out photos from both bands below.

Listen to Billy Howerdel’s new album What Normal Was – HERE.