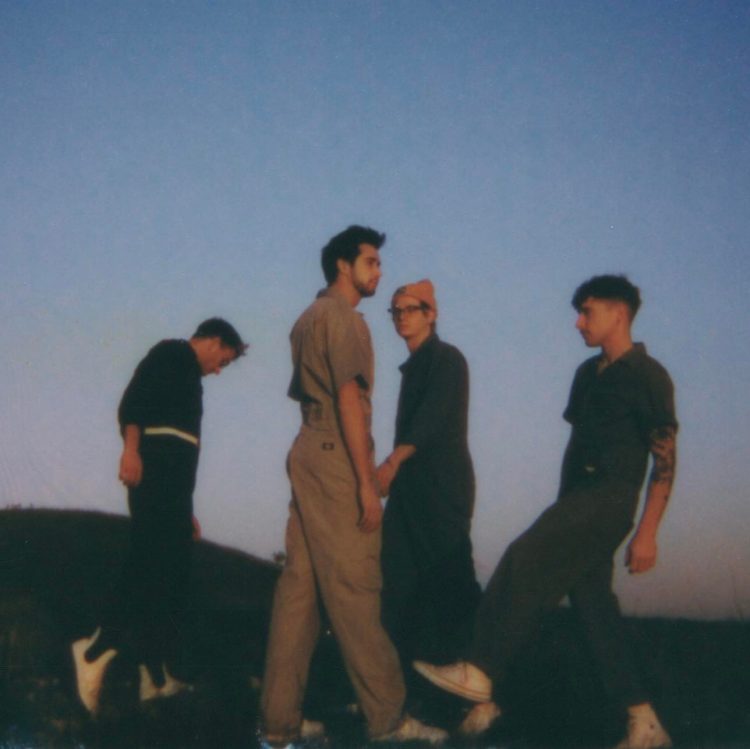 As we cruise into summer, minds start shifting to festival season, those big outdoor country shows, but there is so much that continues to happen in intimate clubs throughout the city, with one of those shows being a sold-out performance by The Wrecks this upcoming Saturday. The Wrecks are fresh off the release of their latest album, Sonder,  an album that the band wrote, produced, and finished during the pandemic and has brought the band on tour since early last month. Now at the tail-end of the run, it’s Cambridge’s turn to see the band live in the city for the first time since the lockdowns. So, of course, it’s a longtime sold-out performance and one that is sure to be chockful of some huge moments from the talented quartet.

I had the chance to sit down with The Wrecks’ frontman, Nick Anderson,  just before the tour started, where we talked about everything from the album process to preparations the band was undergoing for their current tour!

Colleen Johnson: And I wanted to ask, you’ve talked about it a little bit, but I know for this album, you produced it, but you’ve pretty much produced everything, right?

Nick Anderson: Yeah, mostly it’s me. Once in a while, the other guys will submit some parts. Or I’ll get some help from a friend.

CJ: But speaking to that, you were getting ready to release an album early in the pandemic. You had to make that choice, like play the waiting game, wait a few months in the chance that show could be a thing, or release it. When it comes to this tour, this record, what were the preparations you made?

NA: So yeah, with the first record, we were like, okay, we can put it out May 1st, right at the height of the pandemic. When it was like March/April, The lockdowns would be done in two weeks. Be back in a month. Oh, wait, no two years. It was like, ‘Oh, it will be over in a month. Well? A month, that’s so long.’ At that point, everything was getting canceled, everyone was in lockdown and no one had things to look forward to anymore. And a lot of people went into panic mode. Going through so much stress, especially students, and people working frontline jobs, everyone needed that, needed the Friday. They need to know what they’ve got going on. You couldn’t even plan things, plan vacations, or cherish your friends. So for us, to have that opportunity to put something out for people, that was something that meant a lot to me. And I know it also meant a lot to the other guys, so we decided to go forward with it. It was like, ‘Okay, well, at least this is a thing I know will happen. You know this will happen of all the things that are getting canceled. So that’s why we put it out then.

And then after that record, our most recent single, “Where Are you Now,” I wrote the chorus for that one a week after that record came out. It was one of the last songs I finished on that record because it underwent so many changes. I struggled for like a year, a year and a half. It’s now been a few years since that record came out; I had struggled to write new music for The Wrecks. I had three or four songs that I liked. I was trying to make them work. I was confused about them. I was working on other projects that I was developing for other bands. I was trying to put my energy toward live streams and promoting the record. At first, I didn’t know what I wanted to do, and then I got into a place over the summer, like September/late August. It’s when I wrote most of the album, like 85% of it. It came immediately. It was easy to write. I just needed to tap into something. And that’s what a lot of our older music was about in the past. Some of the angst from the older songs is back on this record because there’s something genuine.

And Infinetly Ordinary is as much about breakups and angst. There is this yearning. Some themes are kind of all over the place on this record. And it’s more personal; it’s a bit wider thematically. And this album is very, ‘Oh, I see a trend here. There are a couple of songs that maybe don’t that are part of a different story. But eight or nine of the eleven are something where you can weave your way through the story’s lyrics. You can put it all together.

CJ: And then you mentioned the latest single, “Where Are You Now?” with Girlhouse (Lauren Luiz). She’s opening for you on tour. With the internet and everyone being at home, things were easier to happen than they might have happened before. How did that come to fruition?

NA: It started with Aaron, our bassist. He spent a lot of time exploring new artists. He and I, I’m pretty sure we found thirty new bands over a year, which is so funny. He sent me her song, “The Fatalist,” and I was listening to it in the studio one day, and I was just like, ‘Wow.’ I was flipping through Spotify, listening to music from her. And then, when we were thinking about tour submissions, we already had agreed that if she was available, see if she could come open. And so that worked out, she confirmed, and now, taking a last peek at the song, I mentioned how it took me some time to finish it. Because it was missing a feature in the bridge and needed other things, whenever I thought about it, I couldn’t think of anyone I wanted to have on it. So, I was putting it off, and I wasn’t putting too much thought into it, I was focusing on the rest of the record. Then, when she replied, I was like, ‘Oh my god, this is going to be perfect.’ She’s on the tour, she’s an incredible vocalist, and her style is perfect for this part. So, we reached out and asked if she’d be down, and she said, ‘Hell yeah’. So, four days later, she sent the files over, and I just popped it in. I didn’t even touch them; it sounded terrific right from the get-go.

CJ: Then I wanted to ask you,  you talked about really bunkering down when you wrote this record in the fall.

NA: Yeah, in the fall, I finished the album. Then I did the production in January/February, half of March.

CJ: So it was done when things were opening up a little bit. Did that affect the process a lot? How was the process affected?

NA: Like in being able to work with the band? Because the band had dispersed, some of us were on the East coast for a minute. Then I was doing the production on the record, I can play guitar, but it takes a lot of time to get stuff recorded because I’m not great at it. So in a song like “Where Are You Now,” a lot of the guitars in that are Schmizz (Nick Schmidt). Because there’s a reason for that, there’s a reason why the arrangements are wild, because he was on it. A lot of the other songs are more simplistic arrangements. But I think it lends its’ hand to the songwriting of it, which I like. Because I wasn’t able to overcomplicate the guitar parts, or at least I couldn’t overcomplicate it because I can’t play that complicated of guitar. So the process was like me sitting right here, picking up a guitar, the keyboard, some automated reverbs, bass lines, just making the album. Then the album was done.

CJ: I can’t imagine how that process was.

NA: Yeah, it was kind of lonely, but it was pretty therapeutic because I had a lot of ideas. I had A&R just emailing me, saying, ‘Okay, it sounds good.’ I had to trust myself a lot. Bet on my faith, and who will I lean on other than myself. Do I like it and I hope our fans will enjoy it. And assume that fans will like the things that I like. Or make for them or trust that I like it, that I’m not switching it up too much. Even if the music evolves, my thing is, no one’s telling you to do what’s cool now. I just have to live it hardcore.

CJ: We’re like two weeks away from the run. It starts June 9th, right? What preparation have you made? Have you guys like to meet up? Maybe preparations that  are in place for this tour?

NA: The guys are going to come here. We’re going to shoot a video. Then, start working on the arrangements for the live show because we haven’t played any of the new songs together yet. So, they like need to learn their parts and play it all together. So that will be a lot of May/early June. We got to do lighting production, some outfits we have to sort out. Setlists and transitions, backdrops, the drums, figure out the setup with our sound guy—all these things. Luckily, we have a brilliant management team. We’ve got some great people to work with on that. Hopefully, that will piece it all together.

CJ: It sounds like you have your work cut out for you.

CJ: Then, speaking of the tour, obviously from looking at some of the dates, a lot of sold-out shows. I know when you come here to Cambridge, it’s sold out already. You have the tour, and the record’s about to come out. So, maybe hopes or goals for you as a band? It’s still a little uneasy, a little bit risky touring-wise. But hopes or plans for the band as you return to live shows?

NA: We’ve already been so blown away by the response to the tour. To the new songs. It’s all so much bigger than before, like what we’re used to. It’s not like fucking viral, but it feels more like a natural rise in momentum. I think our band has always had a very steady, slow but steady ride. We’ve never sort of fallen off. It’s been this slow but steady run. I think we’ve developed a solid foundation where it can’t really fall off. There’s just so much groundwork laid. But right now, it feels like everything is taking off. It’s getting exciting again. We were blown away by the numbers of tour already. We’ve never had second nights anywhere, and now it’s multiple on this tour. We’ve had upgraded venues. I think our hopes are pretty high. I’m looking forward to feeling those rooms out. Hopefully, booking another one, or even bigger. Promote the record well. If we could keep going, that would be very exciting.