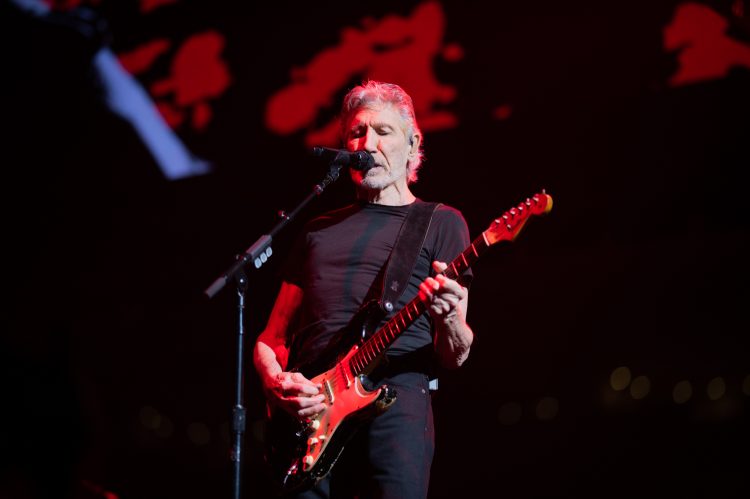 “There’s a lot of love in this room tonight,” remarked a genuinely moved Roger Waters toward the end of his concert on Tuesday night in Boston. A crowd drawing that kind of reaction from an artist who has seen and done as much as Roger Waters is no small feat. But there was a genuine feeling of love and positivity radiating from the crowd at TD Garden. Maybe it had something to do with the pre-show message that invited any of the “I love Pink Floyd but can’t stand Roger’s politics” type of fans in no uncertain terms to excuse themselves from the show. Waters has long been known for using his platform to speak up for the causes he believes in. Long before the era of social media when such a thing was expected of bigger artists.

Throughout the evening he would highlight several issues. During “The Powers that Be” visuals were displayed with the names of Black Americans killed at the hands of police officers, noting the reason for initial contact with officers such as traffic stops. Immediately after, he performed “The Bravery of Being Out of Range” during which the video board showed images of every US President from Reagan to Biden with the words War Criminal laid over their faces and a one-line summary of each leader’s most horrific crimes.

Things shifted back to Pink Floyd material shortly after, with the visuals changing as well. During “Wish You Were Here” the visuals displayed text detailing the story of the chemistry and friendship between Waters and other Pink Floyd founding member Syd Barrett who departed the band shortly before their peak success.

Throughout the night, Waters would use the massive video board above him to relay messages and anecdotes about the songs he performed. Opting to do this rather than taking time between songs served a dual purpose as it would save time, allowing for more songs to be performed. And make the show more accessible to those hard of hearing or with auditory processing issues.

Waters kicked off the second half of his show after a 20-minute intermission, coming out to play “In The Flesh” along with total production from The Wall, including the famous inflatable pig moving about the arena. From there it was a pair of solo songs and then into the Dark Side of the Moon material.

The pairing of “Money” with “Us and Them” followed by “Any Colour You Like,” “Brain Damage” and “Eclipse” were both structured similar to “Another Brick In The Wall” where they were played consecutively without interruption as they are on the original album.

Throughout the evening Waters did most of his talking via the large video board above his head. Laying his anecdotes over the screen gave the show a much more intimate feel while not wasting much time between songs. With a catalog as vast as Waters has that’s a huge win from the fan’s perspective. The This Is Not A Drill tour differs from previous tours as it’s mostly a Greatest Hits style tour where you’ll hear a little bit of everything but mostly the popular songs that everyone knows. If you’re looking for an introductory type show of Waters live show, this is the one for you. If you’re a casual classic rock fan who knows the most popular Floyd tunes this is also the show for you.