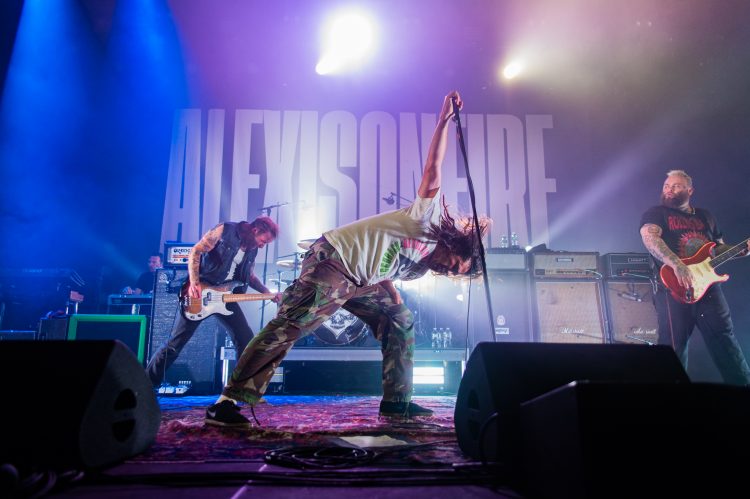 Canadian post-hardcore outfit Alexisonfire separated for only three years back in the early 2010s. After a farewell tour in 2012, they reunited in 2015 to perform at some festivals and select headline shows. However, it wasn’t until Junes of this year that they released a new album. Exactly thirteen years and one day since their last album, Old Crows / Young Cardinals was released, the band released their fifth studio album, Otherness. Since then they have been touring to promote said album. Last night, Alexisonfire made their first visit to New England in twelve years, and their first to Boston proper in twenty two years. Support on this run is from Washington state based trio The Fall of Troy, another band who developed a cult following in the mid 2000’s. We got the chance to photograph last night’s show, check out photos of both bands below.

Photos: Alexisonfire, The Fall of Troy at Roadrunner in Boston, MA on July 21st, 2022: