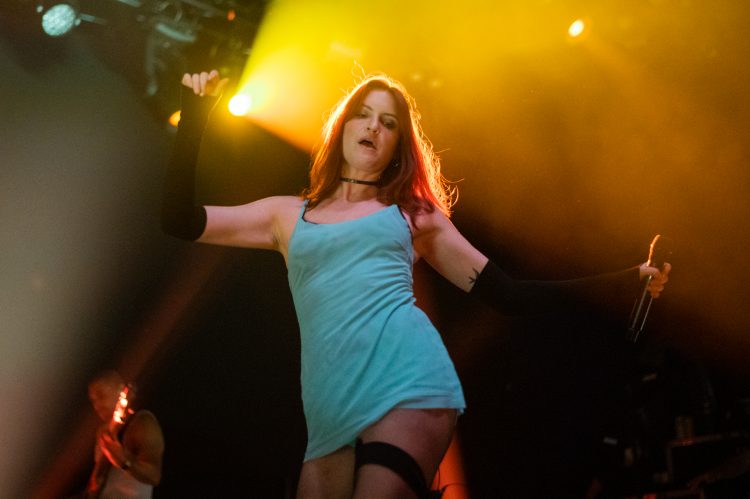 When we last saw synth-pop trio MUNA in this region they were touring with Kacey Musgraves as a supporting act on the Star-Crossed: Unveiled tour back in January. They’ve been quite busy since then, dropping their third studio album, a self-titled record, in June. The album is their first as an independent act after separating from their label in 2020. Releasing the record through Phoebe Bridgers’ imprint Saddest Factory Records, it ended up being their first release to chart in the Billboard 200. While also reaching No. 2 on the US Heatseekers charts. They’ve been on tour most of the year and after a month long break they recently kicked off the newest leg of their tour right here in New England. Check out photos from that show below, including some from support act, Meet Me at the Altar.