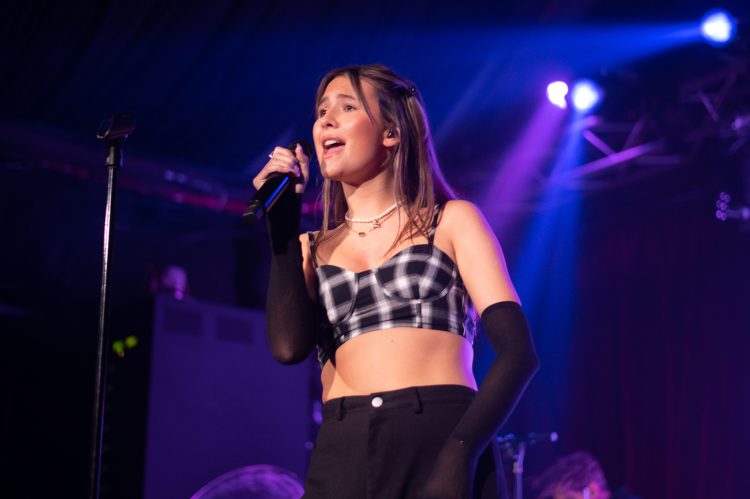 English pop singer Mimi Webb has joined the cavalcade of Gen Z musicians whose careers have been launched by the popular app TikTok. When her debut single “Before I Go” was featured on Charlie D’Amelio’s account, it generated over 85mil views and 25mil streams on Spotify. It instantly launched her into the spotlight and several of her subsequent singles have shown up on the British charts. Her debut full length, Amelia, is due out next March. On the recent leg of her US tour Webb visited Boston, MA with support act Dylan Conrique. Check out photos from the show below.