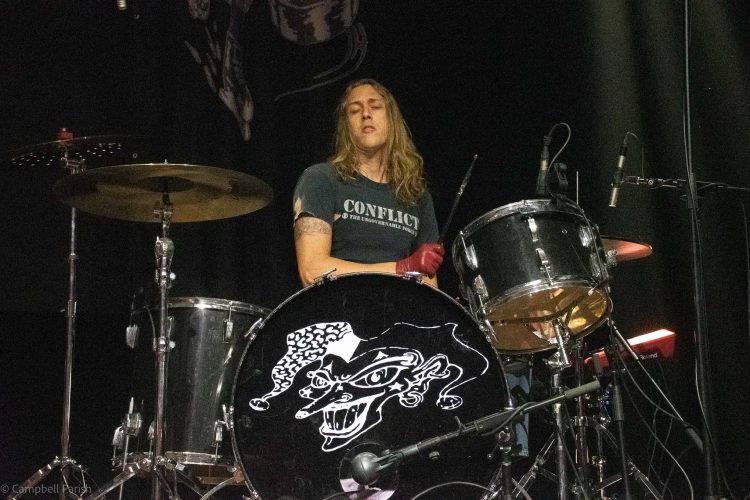 Editor’s note: Chaos loving punk rock duo The Garden were recently in New England, coincidentally playing just outside of TD Garden at Big Night Live. Brothers Wyatt and Fletcher Shears are on the road promoting their latest studio album, Horseshit on Route 66, their first independent LP after releasing four previous ones via Epitaph Records. As they often do, they’ve brought along one of the bands that influenced them on this current tour, underground punk rock legends Flipper, who performed right before The Garden took the stage. You can check out photos below from both sets courtesy of Campbell Parish.

Listen to The Garden’s latest album Horseshit on Route 66 – HERE.